QuoteYeti provides Americans with accurate and actionable data on car insurance in the United States. We exist to cut through the jargon and the marketing and help drivers find the affordable, quality car insurance that is right for them.

Why QuoteYeti does what we do

Everyone knows which elite car insurance firms will appear at the top of each year’s list of the “Best Car Insurance in America.” Car Insurance has long focused on big agencies who have been around since the dawn of the insurance business.

But that doesn’t describe insurance in the 21st century.

Drivers are going online. More people want real data on the best car insurance for the modern era, and that’s exactly what we do. We provide data-driven reviews and information for drivers who want better than the status quo.

That’s why we created QuoteYeti. We rebuilt car insurance ratings, and reviews from the ground up, focused on a new era of drivers who want online insurance.

We're so much more than one loveable, furry creature.

Interested in joining the team? Email us at [email protected] to get started. 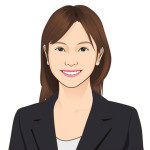 Katie Henderson is the Director of PR at QuoteYeti. She previously served as an insurance M&A analyst for Bain Capital. Read more John Howard is the Vehicles Editor at QuoteYeti. He is an avid vehicle aficionado, a wallflower of EV technology, and a fan of disruptive businesses that utilize technology and unique ideas to form brilliant new ways of doing insurance. Read more Franklin Simmons is QuoteYeti's Lead Data Scientist. His life is consumed with a love of augmented reality, mobility, and emerging technology. Read more Lisa Huyhn is the Insurance and Legal Analyst at QuoteYeti. She currently serves on a number of charity boards when she's not reviewing insurance companies and driver safety regulations. Read more Lane Hanson is the General Manager & Editor-in-Chief at QuoteYeti. He has enjoyed a long career managing high-growth newsrooms in the financial and insurance industries. Read more 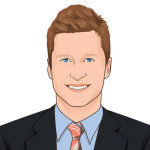 Peter Mondrose is the Head of Content at QuoteYeti. He received his degree in Economics in 1998 and a second degree in Journalism in 2004 from the University of Chicago. Read more 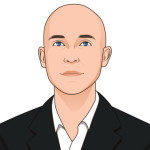 Have a question? Want to get in touch? Shoot our editorial team an email at [email protected] or snail mail us at QuoteYeti, 555 Saturn Blvd #2022 San Diego, CA 92154.